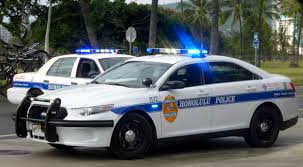 Two Honolulu police officers died after responding to a 911 call from a landlord Sunday morning. The altercation began with a stabbing and ended with several homes ablaze.

The suspect, Jaroslav Hanel, lived beneath the landlord, Lois Cain. Their arrangement began when Cain offered Hanel a place to stay in exchange for work done to the property.

However, what began as a friendship soured as a result of Hanel’s mental illness. Cain knew of Hanel’s erratic behavior, but escalations made their arrangement difficult. For example, Hanel believed a number of paranoid thoughts, like the FBI and secret service followed and surveilled him.

As a result, he made a number of 911 calls for insubstantial issues. He faced charges for one such call, due in court the Tuesday following the incident.

Police established a familiarity with the troubled 69-year-old, and on one occasion, one of the slain officers from Sunday responded to one of his calls. Prior to Sunday, however, he was not known to become violent.

On Friday, Cain filed for eviction, citing a lack of rental agreement and damage done to her property. Hanel also frequently argued with neighbors, some even filing restraining orders against him.

As responding police officers strode up the driveway towards the home, gunfire rang out. One bullet struck Officer Tiffany Enriquez, a seven-year veteran of the force, killing her. Then, as police took cover, gunfire struck Officer Kaulike Kalama, who spent 9 years at the department, killing him, as well.

From there, the scene devolved as Hanel set fire to the home. As the blaze raged, several more homes caught fire. At first, when firefighters arrived, police held them back, warry of additional gunfire.

“If they had gotten hit by one of those stray rounds, I wouldn’t have been able to sleep at night,” said Honolulu Police Chief Susan Ballard said at a press conference that night.

Eventually, police officers managed to adopt a method of protecting the firefighters as they battled the blaze. Authorities believe Hanel perished in the fire, though they continue to search for his remains and for two unaccounted for women.

Cain was transported to the hospital to treat her leg wound.

Police on Hunt for Shooter