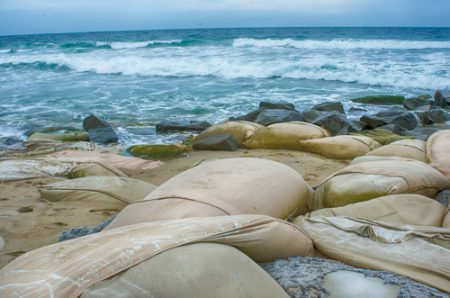 eroding coastlines throughout the east coast and the world

HONOLULU, HAWAII — The scientists of the University of Hawaii have recently brought to attention alarming findings on sea level rise in the Hawaii coastline. The areas that are impacted are Maui, Oahu and Kauai shores. These are highly populated.

Rising sea level, as well as the projections of the global warming consequences, are assumed to lead to a growing vulnerability to coastal flooding, erosions, and damaged coastal infrastructure.

The Ocean and Coastal Management journal has recently mentioned in its recent issue that sea level rise can cause severe episodic flooding and erosion along the coast due to extreme tides.

The topic of sea level rise has always been a compelling topic for researchers. Nevertheless, the need for taking urgent steps has become essential.

The study initiators initially focused on the island of Onat. However, the latters were forced to expand their activities to all of Hawaii given the emerging alarms.

As the research lead mentions, the problem refers not only to scientists and researchers but also to policymakers and community members. Only joint efforts can make a difference.

The research will enable to thoroughly monitor and evaluate threats and adaptation efforts, thus completing the efforts of preventing natural cataclysms.