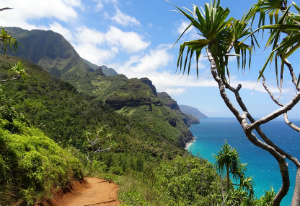 Over the last few years, Hawaii has made some ambitious headway in combating climate change to save both the ocean and the planet. Legislation passed several bills to protect both land and sea with a variety of different laws.

By doing so, they’ve drawn attention from the rest of the planet. The lawmakers state that the goal is to create a sustainable future for the island’s residents. Let’s take a look at some of the interesting, perhaps controversial, laws that have recently passed in Hawaii!

One? Banning of certain sunscreens. The law goes into effect on January 1, 2021. It prohibits the sale or distribution of any over-the-counter sunscreens that contain specific chemicals. The goal? Getting rid of chemicals that are harmful to coral reefs. Apparently, these chemicals result in bleaching, deformities, some DNA damage, or possibly death for coral. In fact, over 14,000 tons of sunscreen enter the world’s reefs every year.

Back in 2016, Hawaii raised the smoking age. In fact, their cigarette laws are some of the strictest in the country. Now, to buy cigarettes in the state, you must be at least 21. And, under the bill, anyone caught breaking this law could face fines or even community service. This week, they even tried to make the laws more strict. A bill was introduced for a ban on cigarette sales by 2024. Time will tell if this law gets passed through.

Hawaii also became the first state in the US to implement some of the Paris climate deal into law. There are two laws to reduce greenhouse emissions and mitigate climate change. In fact, almost five years ago, Hawaii planned to aim for 100% renewable energy by 2045. Apparently, they are considering using different forms of technology such as undersea cables, solar panels, and more.

Its safe to say that Hawaii has upped the game for fighting climate change to protect the planet and move toward a cleaner future. What do you think about the new legislation and Hawaii’s plans? Which state will be next?