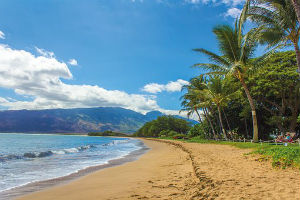 Let’s face it, any more clean air is hard to come by in the United States. In fact, four in ten people in this country reside in counties where the air has either more ozone or more pollution than is deemed healthy. If you break that down, that’s roughly 43% of the population. Those numbers aren’t good by any stretch. So this begs the question, where is the air good to breathe?

When you consider all the junk we’re pumping into the atmosphere it’s a wonder there’s anywhere to take in some fresh breath. After all, there’s the emissions from power plants, cars and trucks, there’s oil and gas drilling, agricultural pollution. The bottom line is that most American cities are plagued with polluted air.

There is a bit of good news in all of this environmental doom and gloom. According to the American Lung Association’s State of the Air report released last Wednesday, there’s a couple of cities that didn’t post one bad air day between 2015 and 2017. The study defined a ‘bad air day’ as one that had a spike in particulate pollution or of excessive ozone that exceeded the limit established by the Environmental Protection Agency for reasonably healthy air.

As you can imagine, excess ozone and pollution are connected to respiratory diseases, developmental issues, and other health risks.

There were exactly six cities whose population were spared any days of ozone or particulate pollution pushing into the unhealthy range. These included:

There were other cities that didn’t hit the high marks of the above cities, but did perform pretty well in the study. These cities had no increases in particulate pollution and were among the lowest to record particulate pollution the year-round. These include Cape Coral-Fort Meyers-Naples, Florida and Elmira-Corning, New York.

So what do you all think?  This is a pretty sad state of affairs for our general health, right?