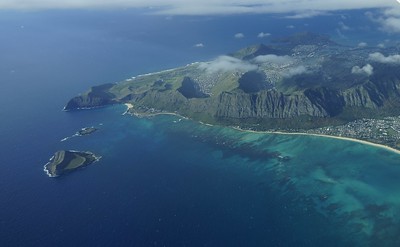 Oahu has been the focal point for Hawaii racers. With many spending upwards of $5k to ship their car, others are thinking: “Is there another way?“

Living on a chain of islands creates its own set of difficulties. Especially when you need to ship a car for a single day- or even a weekend. Many native race car drivers have to set aside more money to simply enjoy their hobby. Imagine spending $4,000 just to get your car to the race track. That is the average cost for many Oahu natives to get their car to the track. Now imagine spending that money to have your car shipped and the track floods due to shifting weather. Now you’re out $4k and you didn’t even race. This is typically what many face while living on the islands.

The island’s original track closed down in 2014 after not receiving enough funding to continue its operations. With many left out, the racing community has taken a hit which has caused a significant decrease in registrations for the state. This shifted gears into what the island should do to continue the racing culture.

The proposed track will have a series of new circuits including dirt track, go-karting, drag racing, drifting and many other features that will have native racers continuing their efforts for racing. This has caught the eye of many townspeople.

Oahu: Voting On the New Track

Opinions seem split as to whether the new track will be a positive idea. Since the old track closed in 2014, many of the local racers have taken to the regular streets for unsanctioned underground racing. This has caused many safety concerns as public roads aren’t viewed as specific racing grounds. The opposite side of the spectrum is questioning the validity of their budget going into the new track.

Many have voted against the track citing it’s too close or over public play areas for children. Many want to keep the designated areas clear. While this has caused concern as to where children are going to play, major pushed for the track have continued forward and looked promising.