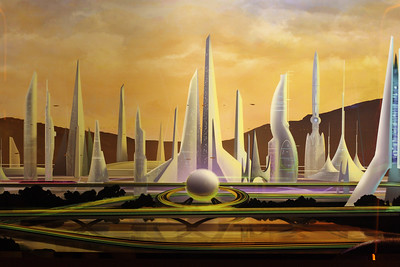 Get ready for the future. Toyota has planned to develop a completely driverless city for up to 2000 Japanese residents. The city will focus on building a community as well as have fully autonomous cars.

Toyota: Planning For the Future

The goal is to create a community where everything is accessible without a vehicle. Thus, creating a tight-knit community. As if the plans were taken straight from Jacque Fresco himself, the city will be completely autonomous.

Cut Down on Emissions

The plan is to utilize electric cars to drive people from place to place. Thus, enabling more foot traffic and lessening a carbon footprint. The use of electric cars utilizes less electricity and seeing how many people can simply walk, it might be easier and less expensive.

The city is to be a “living laboratory”. Testing of more effective internet speeds, self-driving cars and artificial intelligence (AI) will be in development in order to optimize health and well-being.

Power for the city will come from two large hydrogen plants as well as solar power. This will cut down on the use of more primitive technologies including fossil fuels and nuclear energy.

Homes will have Robot Assistants

Each home within the city will have robot helpers to assist residents with daily chores. Doing the dishes, folding the laundry, etc. this is all part of Toyota’s city of tomorrow.

My Thoughts on Toyota’s “Woven City”

I’ve read enough science-fiction to know where this is going. Pretty soon we’re going to have our toasters attacking us. Apparently the guys over at Toyota obviously never watched the Terminator movies. We’re on the brink of Skynet. Also, what kind of structure are we looking to give these technologies to? In the future, will there be a “cheaper” model of homes for the not as affluent? I think it’s a buncha bullocks.

What Options do Homeowners Have Now? Housing Fair in Hawaii